Contact now! to get your free materials. Get yourself exclusive collection of books in learning the SPOKEN Arabic dialect. Learning Arabic is now easy and fun using these books that will take you in adventure to discover the Arabic spoken language and the Arabic culture in one of the busiest cities Dubai, where you can see people from all Arabic countries.

Only by taking this Arabic course and studying these books, you can know the nationality of an Arab from their vocabulary. Get inside the Arabic community, closer to your friends, and enhance your career by starting learning Arabic spoken dialect in Dubai.

Second book Second step in Gulf inhances the grammar and vocabulary in the first book. It works on the studens fluency by introducing conjunctions, and present tense key words. More items like clothes, colors, numbers are introduces. More situations like, conversations in party, clothes shop, simple stories and more.

By reaching the Third book Third step in gulf the student should be able to speak about previous topics in semi fluent way, and express him/herself fluently. In thhis level, the students will go beyond the singular pronouns like I, he, she, you to the plural pronouns like they, we, and you plural. Present tense and future simple tense are introduced with the new plural pronouns, to enable the student to start to speak about new topics, like family, summer vacation, a vacation in Egypt and more.

Fouth book in this collection is Conversational Arabic course, when the student starts to revise all the previous grammar and vocabulary by studying new topics, directions, invitation, making a phonecall, hotel reservation, ordering food, and Arabic foor menu. No grammar is introduced in this level. 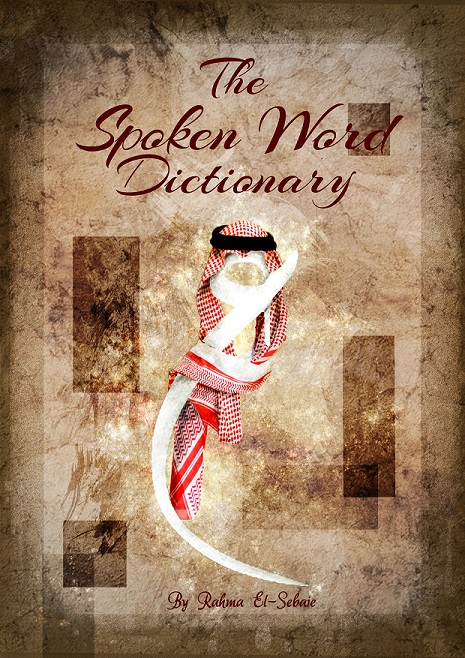 This book is written in Arabic, transliteration and English translation-. The dialect which is used in this book is neutral spoken Arabic dialect. Some words are introduced in some more Arabic dialects, when the dialect is mentioned in the next Column. If you do not have tendency to any dialect, the Egyptian colooquial dialect is the best choice because it is the most common dialect in the Middle East due to the media.
The book can be divided into two books; Arabic dictionary and Arabic
Grammar book.
Dictionary: It is divided in to three
sections; adjectives, nouns, and verbs.  There are around 600 adjective, 2600 nouns, and 1000 verb; 4200 word. Nouns and adjectives are conjugated according to gender. Also nouns are written in both singular and plural. Comparativee and Superlative adjectives are introduced besides the regular adjectives. Verbs are conjugated in present and past tense with the pronoun /He/-same like the classical way-, as it is considered the infinitive form.